FAQ: Adding probability to your deals and checking the closing ratio

Adding the probability rate to your deals

You will see a field called 'Probability (%)' appear when you create a deal or edit an existing one by clicking on the pencil next to 'Details' on your deal page. By default, the probability will be set to 5 percent, but you can change it according to your own predictions.

How is the closing ratio in Insights calculated?

- If you go to 'Insights' - 'Pipeline', next to 'In your pipeline right now', you will find 'weighted'. If you click this, it will change to 'absolute'. Absolute simply means the total value of all your ongoing deals. But what does weighted mean?

Well, the weighted stats are calculated based on the probability rate of your deals. In other words, it's the total value of your pipeline, meaning all ongoing deals, multiplied by the probability rate. This weighted amount is also a crucial part of the above mentioned deal forecast. In the deal forecast, you can find a more extensive overview of the amount expected to win in the current month or in the upcoming 2 months. Read more about it here.

- If you've had a look at the deal stats, you may also have come across the 'closing ratio' when you selected the won deals. 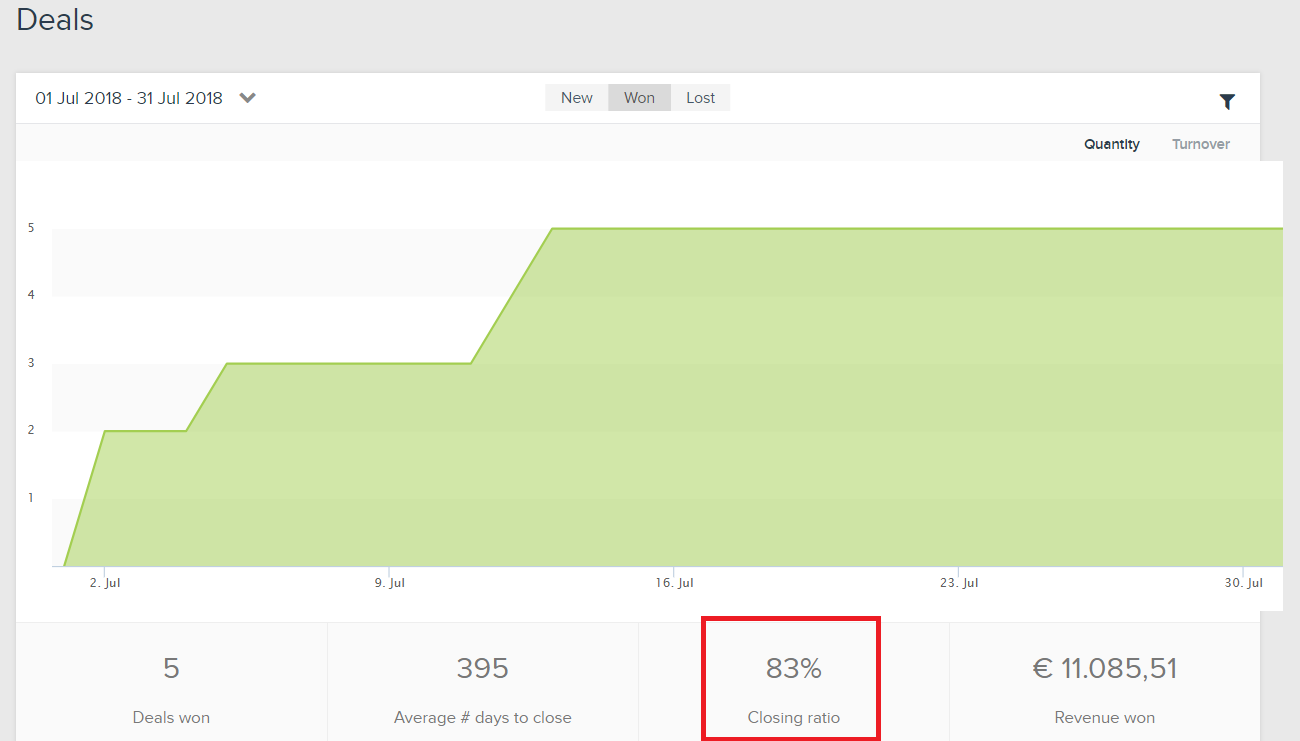 This ratio takes into account all finished deals (both lost and won), and calculates the number of deals that are won in relation to the amount of deals created. It can come in handy to follow up on your general sales process, as the closing ratio tells you how likely your team is to close newly acquired deals during the selected period.

The little arrow just underneath shows the evolution of the ratio in relation to the previous period. If the ratio has improved, a green, upward pointing arrow will appear with the corresponding percentage. A red downward facing arrow means a lower closing ratio.

Send feedback
Sorry we couldn't be helpful. Help us improve this article with your feedback.